Janis’ texts deal with the essence of the respective titled emotion as a phenomenon that is on the one hand physical and on the other hand linked to individual memories and thoughts. The texts are created in short waking phases as an image of intense dreams. The intuitive choice of words thus found is intended to form a symbiosis of these two worlds: Day and night, body and mind, consciousness and subconscious. Intelligibly and nevertheless highly emotionally.

Born in Leipzig, she grew up playing the violin. Concert tours lead her early on to large parts of Europe, the USA, South America and Africa, through which she discovers her passion for other cultures, their art and way of communicating. Currently Janis is studying violin as well as cultural and media management in Weimar and Hamburg. However, she finds her personal expression mainly in writing and language, painting and performing arts.

Dubbed „the Belarusian Soul Princess“ KOOB first appeared on the public radar in her homeland Belarus, as the frontwoman of the first Belarusian soul band „Dee Tree“ . After two years of a busy band-life she entered her solo-path with a remarkable debut single „Jungle“. In 2020 two things happened to KOOB – the political crisis in Belarus and the subsequent move to Berlin which both heavily influenced her music. While preserving her soulful roots, KOOB is inevitably shifting towards making songs for social change, mixing up electronic sounds, field recordings, gospel and Belarusian spirituals. 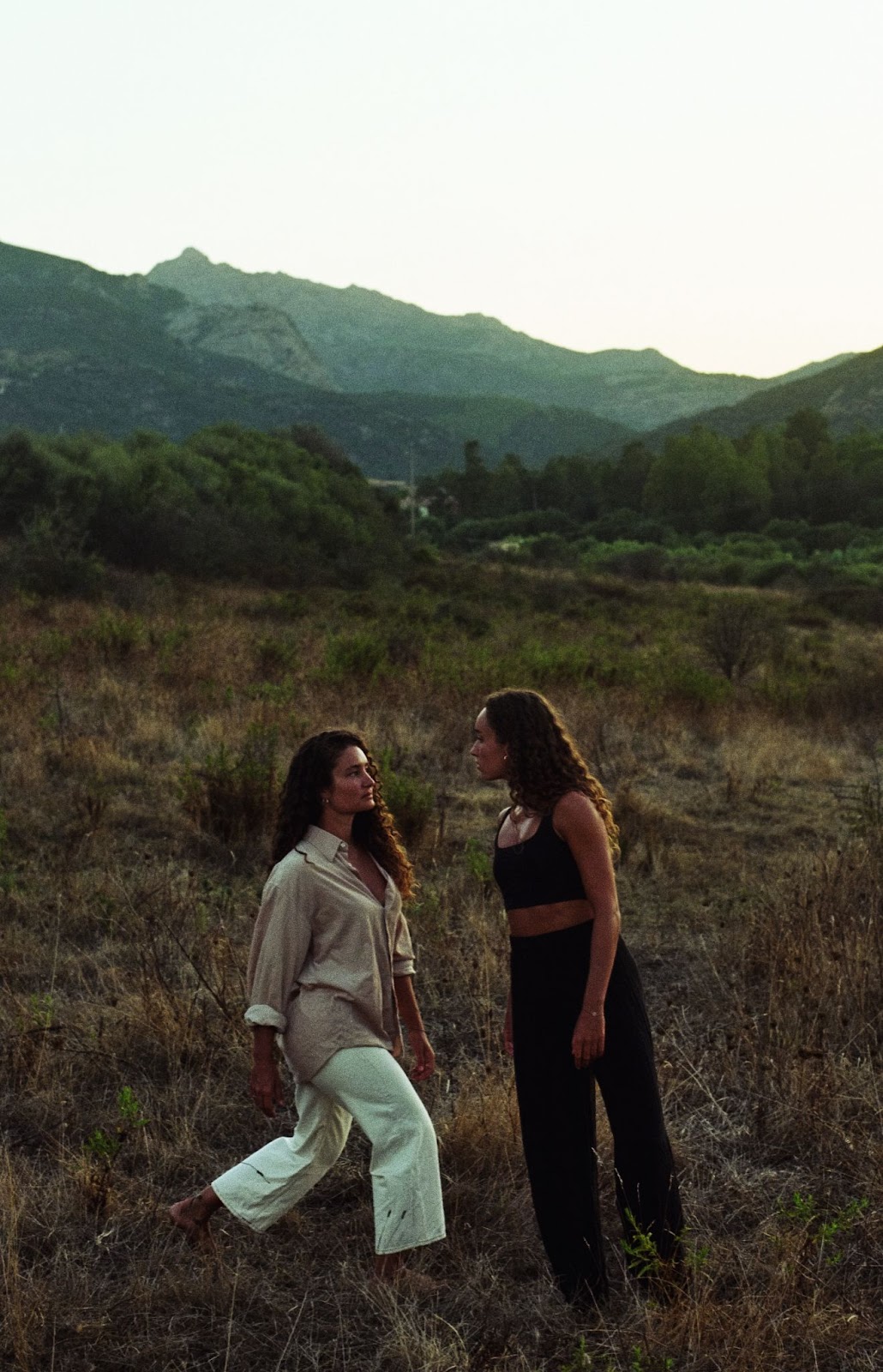 Romy and Laura started dancing as children in their hometown Freiburg. Originally starting with jazz, the two sisters got to know other styles in their teenage years and continued to develop in ballet, modern and hip-hop classes. For a long time, the focus was on training with their competition group before they tried their hand at their own choreography as a duo. Through the input of teachers from London, Copenhagen, Berlin and Cologne they developed their own style as dancers but also as choreographers. Even during their Bachelor’s degree in Freiburg or Laura’s Master’s degree in Cologne, the two continued to dance and remained active as trainers both in their own and other dance schools. Both dancers now live in Berlin and expand styles from Jazz to Contemporary in their daily training.

In their process Romy and Laura focus on translating the mood expressed by the music into movement. By choosing music with different dynamics, they want to surprise themselves and the audience*. Because of their similar backgrounds, the two sisters harmonize in their movements, but also bring their individuality into the choreographies. Thus, the two find different intuitive movement in their musical interpretation, which is brought together through discussion into a choreography.

To dance not only to music but visual art is a new challenge for the two. On the one hand because the interpretation of the paintings, which serves as the basis of the performance, may be completely different for the audience than for Romy and Laura. On the other hand, because the focus is still left on the pictures and should be emphasized through the dance. But no matter whether pictures or music are the starting point of the choreography – to capture the feeling embodied by the original medium in dance represents the parallel to the other processes of creation.

Kandinsky already took the music of his time as a model for painting. He justified his change towards abstraction with the search for the purity of sound in painting. A thoroughly plausible approach, which in our opinion has not lost any of its topicality or excitement.

In the spirit of these early modern ideas, we will attempt to re-establish the connection between sound and image. In doing so, we want to leave abstraction behind as the sole means and integrate painting into the performative event. The aim is to approach music not only through a changed formal language, but also through the way it is received. If painting is conceived as a performative element, understood primarily or exclusively in the moment of creation, this inevitably leads to a conception of painting similar to that of music. We are not interested in creating a painting for eternity, but in foregrounding the process – the painting itself.

Super Sound Global is a DJ Team and a group of music collectors who bonded through their passion of modern digging. They want to share barely heard music with the public without any limitation on style or genre. Their passion is to play matching music for every place & time. In general their music taste could be described as warm and organic and is heavily influenced by the history of Balearic & more.